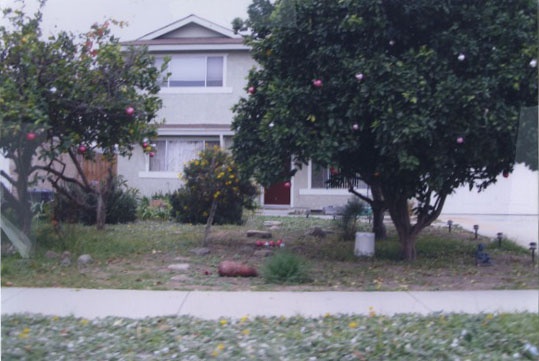 Dear My House,
< previous next >

You were an anxious resting place for a family of eight. I learned to be a man there, maybe the wrong way, but in a way that I can. Your faulty attic was a hideout the way all these places are, and gave us ladder access to the streets at night. I pissed out your window. You hid porn, liquor, friends, secrets, scribbled desires, and sometimes girls. I remember Elvis Costello records warped under a skylight, but playable. Making collage books with Jake and Amy. Vlad the Rat, who lived in my box spring, was greedy with his teddy grahams, but playful as a kitten. He died of my neglect and was eaten by his girlfriend that bitch Claudia.

Quiet house, we had so much to say and never said it. So many words, I imagine they just escaped into the holes I punched in your walls, or fell between the cushions of the couch where we would eat, or read, or watch Channel 63 in silence. You have been sold, new paint, new memories pasted over mine. You should have been bulldozed or buried under a mound of earth, Frank's flowers growing up to cover you at peace.